The One plus 6 announced today

Today One Plus has announced the One Plus 6 smartphone. This article will discuss the specs and features of the One plus 6. 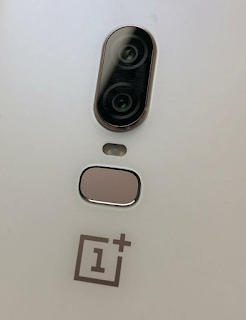 The rear camera on the One Plus 6 is a 16 Mega Pixel camera. Which has phase detection, dual camera and an LED Flash. The front of the phone also comes with an amazing 16 MP camera. This phone has a good camera quality, but it doesn't seem like it could compete against the Samsung S9 and iPhone X cameras.

The screen looks beautiful on the one plus 6. The screen size is 6.2 inches which is a really good size for most smartphone users. Especially those who prefer the bigger smartphone. The resolution is 1080x2280 pixels, which gives it a ppi of 402. The screen is protected by Corning gorilla glass 5, which have proven to be strong.

The One Plus 6 seems to be following the popular smartphone design. That is the the front and back of the smartphone being made out of glass. This design not only looks good but it can be very useful for wireless charging, but unfortunately the one plus 6 doesn't support it. The phone also has a notch on the top just like the iPhone X. Overall the design looks good in my opinion atleast.

The one plus 6 comes with Android 8.1 Oreo which is the latest Android OS thus far.

The phone comes with a fingerprint scanner on the back.

The chipset is a Qualcomm SDM845 Snapdragon 845.

The CPU is an Octa Core processor.

The Smartphone's GPU is an Adreno 630.

The internal memory is 64 GB, 128 GB or 256 GB depending on which model you choose to purchase. It also comes with 8 GB or 6 GB of RAM which is all the RAM you'll need on a smartphone. The phone doesn't offer you the ability to expand the storage via an SD card.

The Smartphone comes with a 3300 mAh battery, it is uncertain as to how long this would last.